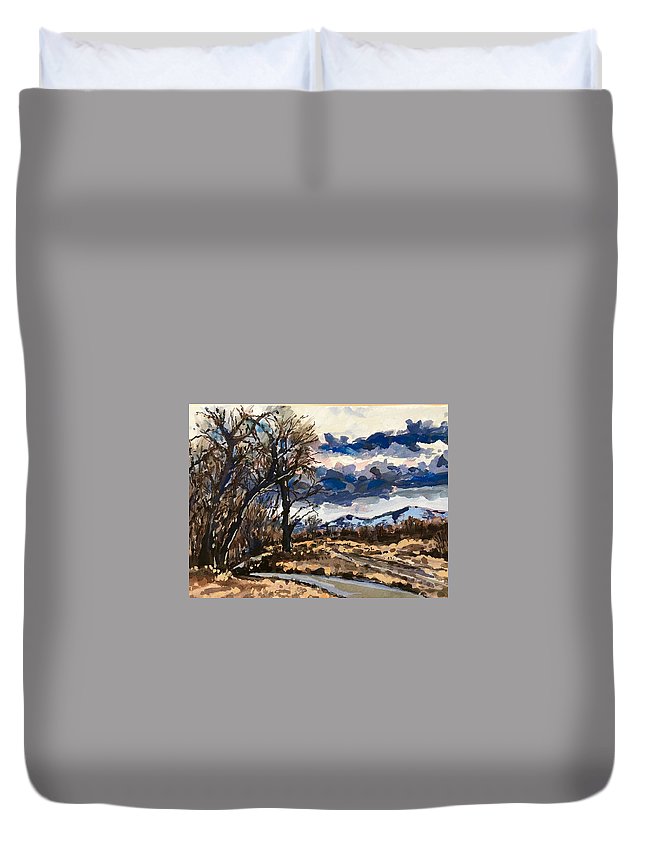 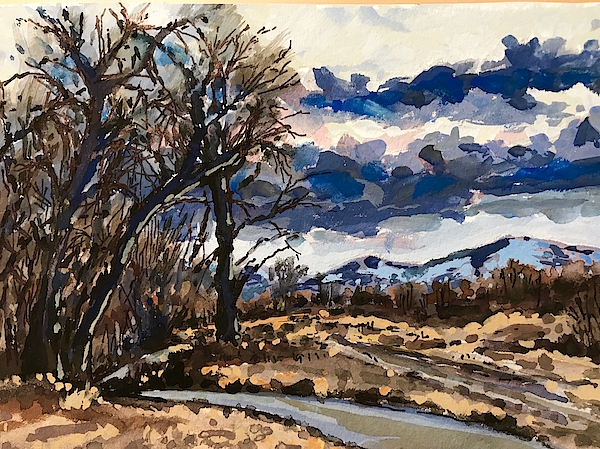 Queen duvet cover (88" x 88") featuring the image "Greenbelt Study #4" by Les Herman. Our soft microfiber duvet covers are hand sewn and include a hidden zipper for easy washing and assembly. Your selected image is printed on the top surface with a soft white surface underneath. All duvet covers are machine washable with cold water and a mild detergent.

DescriptionStarting 2019, painting a series of small studies depicting the daily walk on the Boise River Greenbelt. Painting with gouache, an opaque... more

DescriptionStarting 2019, painting a series of small studies depicting the daily walk on the Boise River Greenbelt. Painting with gouache, an opaque watermedia. Paint consistis of natural pigment, water and a bonding agent (usually gum arabic), similar to watercolor without the transparency. Paintings are on Arches watercolor board. Original painting is for sale.